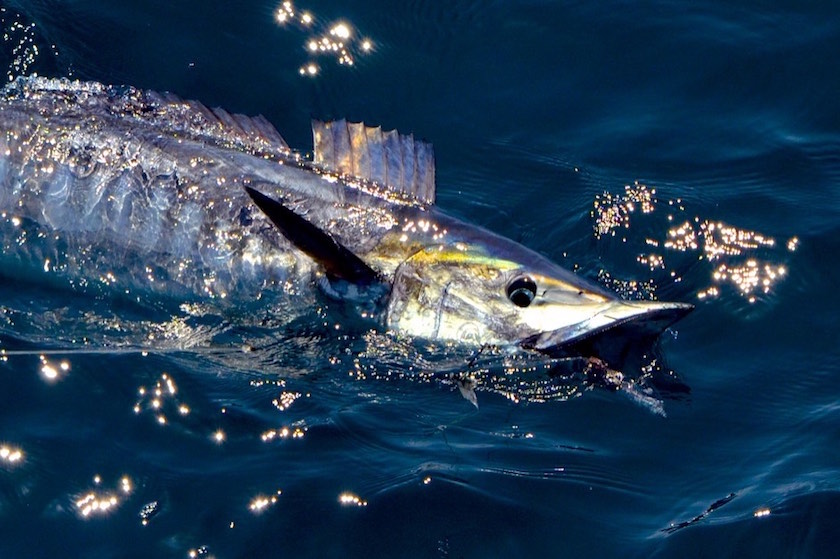 Our East Cape season was progressing nicely with picture perfect weather and the bite starting to turn on. Wahoo and dorado were being caught in bigger numbers. Mostly smaller grade tuna were also starting to show off shore. There were a few larger fish in the mix.

Living in a tropical environment and working on the ocean we always carefully monitor weather forecasting. It has become a ritual for me. So, early this week out of the blue the forecast indicates 20+ knot winds and small craft advisories for the next four day. My first thought was to not believe it but that turned out to be wishful thinking. In the middle of the night the surf start to pound and it was evident the forecast was correct. In the morning just as predicted here it came.

While it stayed relatively calm on the inside, off shore became un-fishable. The first day of wind caused sea temp to drop 4 degrees from 81 to 77 and shut off the bite. The inshore temperature in Palmas Bay has now stabilized at the 77 degree mark and inshore things have picked back up for wahoo, roosterfish and snapper.

Further to south of Pulmo there has been a more dramatic effect with the water turning ugly green and dropping to 71 degrees. South of Frailes where the largest volume of wahoo and dorado were being landed has now completely shut off.

I am on the beach today but anxious to get back out now that the weather has straighten out.

Recent Photos with the weather coming down. 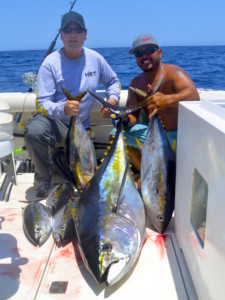 Nanette Jensen with her first roosterfish 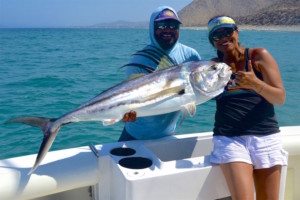 Gary Murphy with his personal best 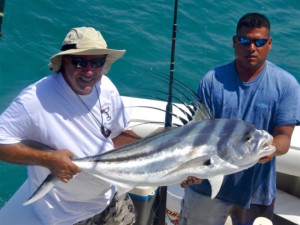 Janice Johansen with a monster pompano 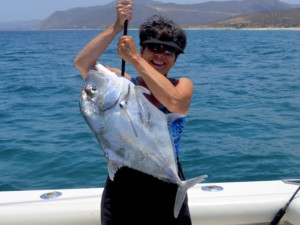 Eric Leer with his personal best 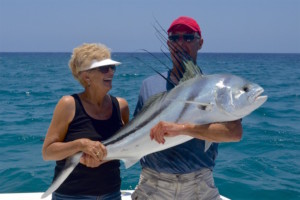 Rick Lial with a nice wahoo

Looking for roosters we found this fat leopard grouper 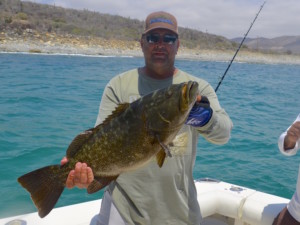 Weather has calmed and we are going looking for more of this. 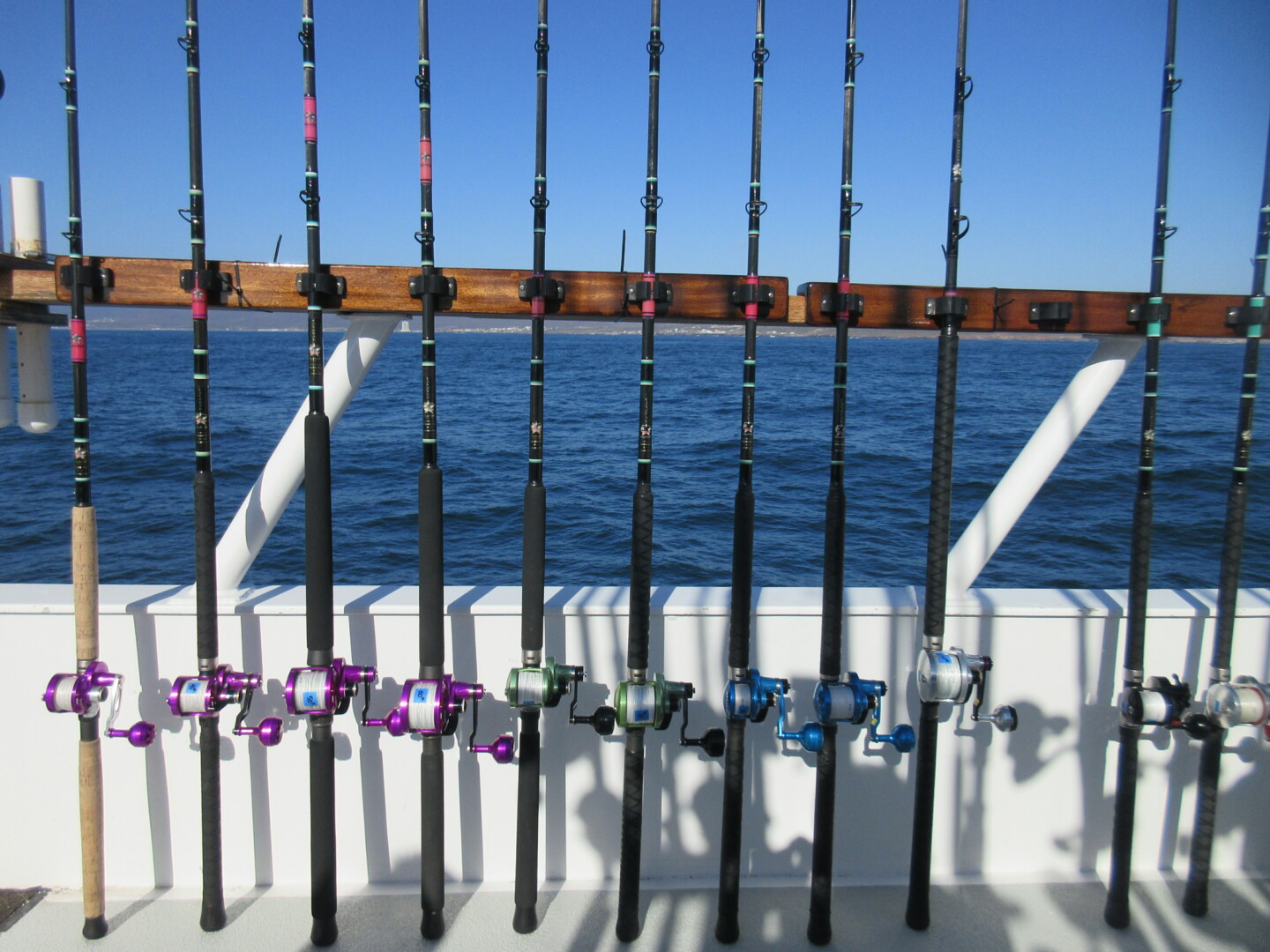 We primarily fished Guadalupe Island on this 6-day trip.  It was a very good trip with 4 days of... read more 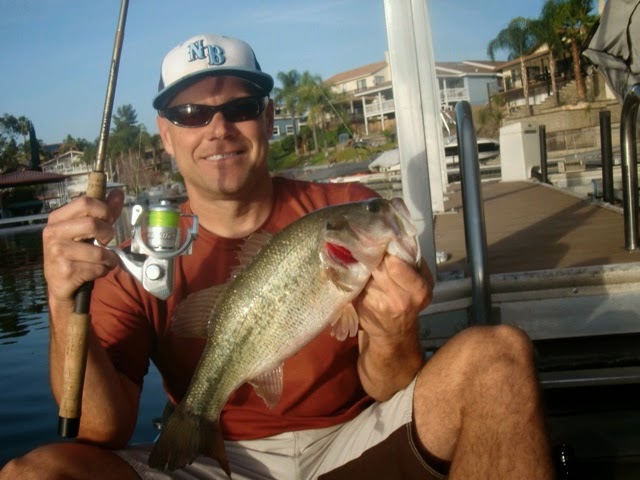 Rob Kirnbauer and his 2 sons from Newport Beach took the Accurate SR-6 Bass fishing at Canyon Lake. Instead of... read more

“Valiant BV-300 is Here.” Accurate pushes the envelope making the smallest, most powerful reel yet. 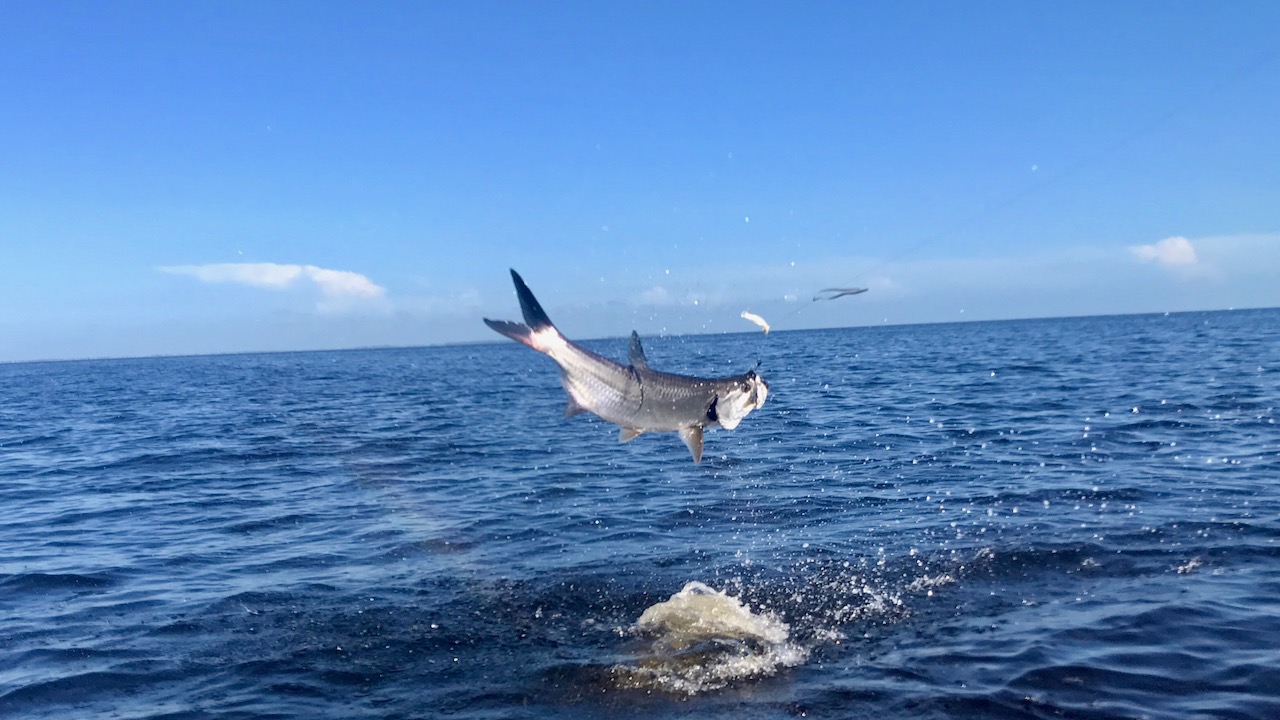 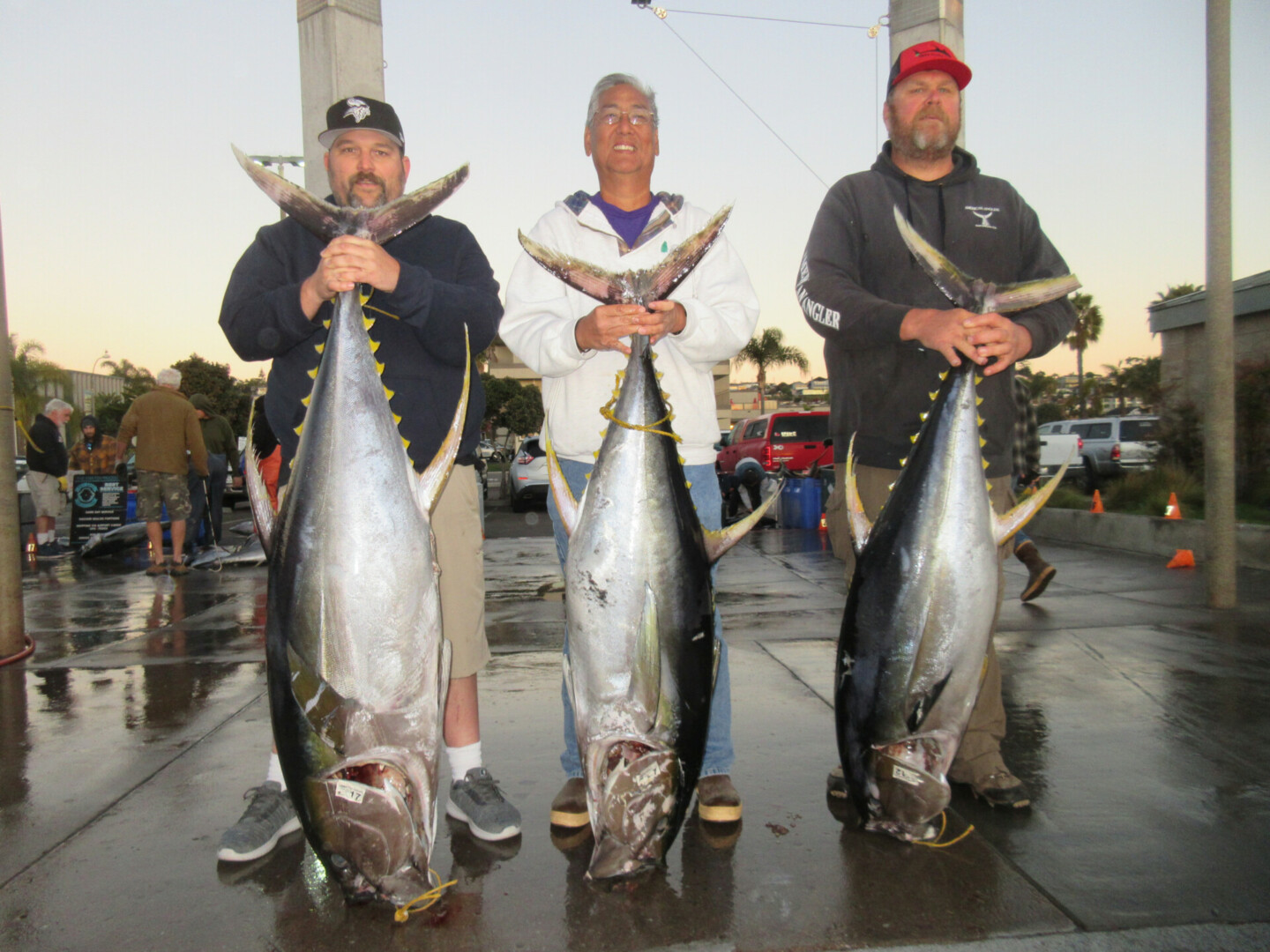 We had another successful Accurate sponsored 14-day trip on the American Angler.  We spent 6.5 days fishing for big... read more 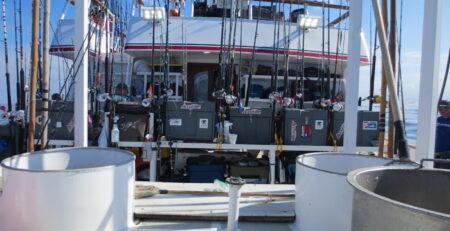 Captain Andy Cates skippered the Accurate sponsored 12-day trip.  This trip was comprised of half of the  passengers returning... read more 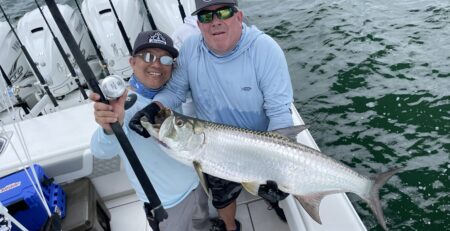 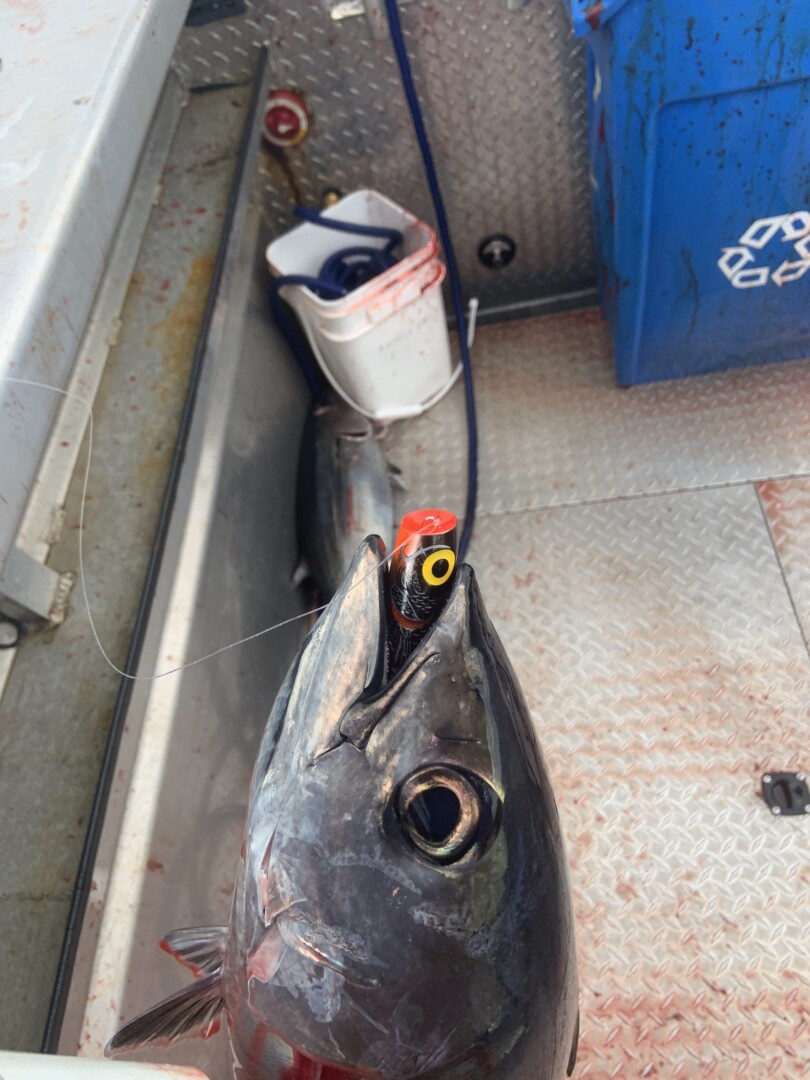 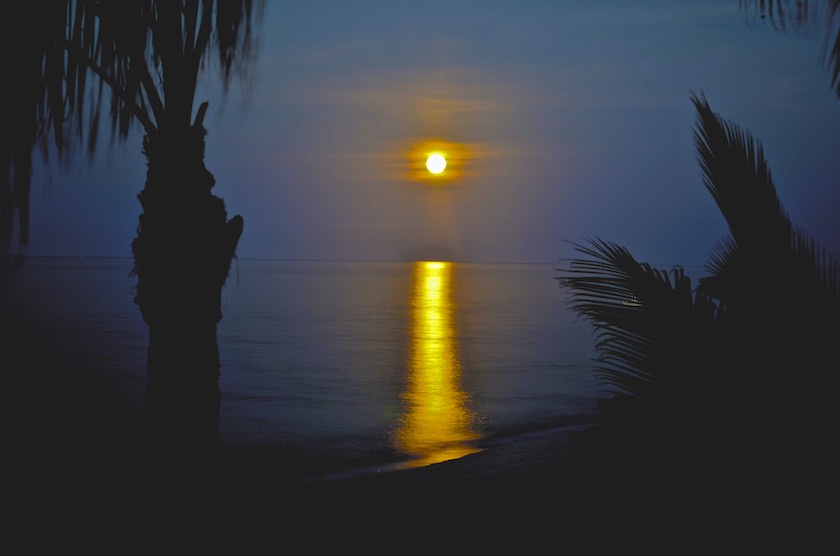 East Cape in photo review for 2016 compliments of Mark Rayor

East Cape water temps on the Sea of Cortez are still 75 to 77 degrees. Word is that on... read more