It was the second and last day of the Los Cabos Tuna Jackpot. I had stopped Vaquera on the outer Gorda Bank to make our second drift chunking Humbolt squid. Making my way to the bow I pitched out a chunk Diego had pinned on for me. Away went the squid along with my 100 lb test Momoi Hi-Catch top shot into the drift with Diego’s chum. Soon the top shot was gone and the 130 lb Diamond Braid backing continued to slowly pay it out.

After a few more minutes the braid started to go tight. Soon my spool slowly started to turn as I waited in anticipation. A moment later I flipped the drag lever into gear and bendo. I shouted to the stern I’M BIT! Not getting a reaction I shouted again. Team Captain Mike Daniels was watching Diego land a bonita just hooked and asked me “is it a good one?” My reply was “oh yeah” showing him the Diamond Braid peeling off my Accurate ATD 50 and bent Calstar broomstick.

I need to regress, this is a bit of a long story but bear with me.

We had all three of our boats registered to compete in the event. As a team my skippers share notes but we all have our own ideas and formulate our own game plan. My plan was to fish the first day at Gorda Bank. Last year at that location we landed a 353 lbs tuna and finished third place.

The buzz was there were a lot of big fish in the Pacific at the Jaime Bank. First day Jen Wren and Jen Wren III opted to fish that area. Randy Wren (ironic but no relation) fishing on Jen Wren III along with Rob Jones (last year’s 3rd place winner) landed a fat 186 lb tuna kite fishing with a Yummy. It was early, they didn’t want the fish to bake but it was too big to get in the fish hold. I had to crack up hearing the story. They persuaded Captain Polo to slide the fish into the boats air conditioned salon to stay cool. Glad I didn’t see it but guess anything goes when you are “tuna fishing baby…yeah!”

Meanwhile, Vaquera with Team Tequila Teasers was fishing the inner Gorda high spot chunking squid. The spot is very small and I was pleased we only had to share it with 5 or 6 other boats. I could count 19 boats on the outer bank and didn’t want to get in that mix.

The morning was slow. We would move up current and drift over the small spot chunking and chumming calamari. My Simrad evo2 chart plotter was starting to look like pasta from our track. At about 11:30 Estrella Norte approached . The bright red custom panga is very distinctive. Back in 2012 we were in the same location and both hooked up. To my dismay they took home all the marbles with a 360 lb fish which dwarfed our 160 pounder at the scale.

Anyhow they arrived on the scene and proceeded to do a short drift chunking squid. We were just drifting off the spot when they moved and started to drift in the track we had just been. They weren’t there three minutes when the sea erupted around them with cows and super cows. It lasted just long enough for them to get bit and was over. We poured on the chum hoping the fish would walk down the line but it didn’t happen. Those guys have talent and when I saw them a couple hours later still laboring it was obvious they had a contender.

Lines out at 4 pm came quickly and we had never had a smell all day. Missing the only opportunity I was a bit deflated. Even more so when returning to the marina and discovering Estrella Norte had set the bar at 338.

Back to the second day. Team Captain Mike wanted to go back to the high spot expressing he saw more fish there and wanted to get ours. 147 boat shotgun start and off we go. The 25 plus mile ride went quickly and we were one of the first boats on the spot. Setting up our first drift I looked south and apparently the whole fleet had gotten the memo. Ten minutes later we were covered up with big yachts and it wasn’t fishable in my estimation, boats were still coming. I don’t understand why but for some reason the whole armada was piling up on the inner bank. It was like a horror show. Looking through my Frazer Giros I could only see 3 or 4 boats on the outer bank. We made the two and half mile move and were back drifting.

Our second drift is when I got bit. Finally getting Diego’s attention he fired up Vaquera’s motors and I hung on while we chased the fish. After a time it started to settle down and I was able to walk it around to the stern and hand off to “Big Guns” Chris. He and Mike tag teamed it for a while and then asked Diego to get in the mix. The battle was straight up and down for the next hour and then the fish started to surface. We could see it’s huge shadow when it came up. The fish laid on it’s side glistening in the sun and I thought it was done. Little did we know the fish was just doing a drive by to size us up and then sounded again.

We pulled and tugged and were in a true Mexican stand off. The pressure from our buttoned down Acurate ATD 50 was taking a toll on my team. I had faith it would take a toll on the fish as well but didn’t see it happening. A couple times I tried walking the fish with the boat. As beat up as the team was the old geezer in the bridge was never invited down to have a pull. I’d like to think it was because they liked the way I was operating the boat but it was more likely because they wouldn’t have known what to do if I had a heart attack. Finally after an epic 4 hour battle Mike sank the gaff as Diego pulled.

Competing in a field of 147 it was obvious Team Jen Wren boats came to play. At the end of the day our Texas team Real Tuna Hookers led by Ricky Martin won best dressed team. The Texans also took first place in the show us your Costas contest. Jen Wren III finished the first day in 6th place with 186 lb tuna. Tequila Teasers placed second in show us your Costas and also took home the second biggest paycheck of the tournament weighing in a tuna 239 lbs.

I can’t say enough about the outstanding job the tournament staff did led by Pat McDonald. There is a reason the Los Cabos Tuna Jackpot is the most attended in Baja. Because it is the best! The parties, dinners, contests, weigh station and awards dinner, 11 events in all went without a hitch. Congratulations to Pat, Tracy and all the sponsors that coordinated efforts to put on the greatest tournament in Mexico and maybe the world. 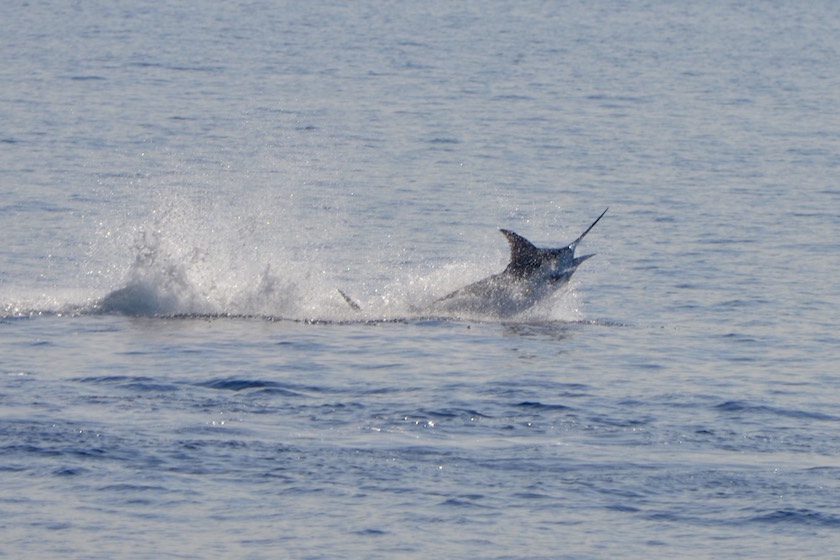 Shades of Blue on the East Cape with Mark Rayor

Now thats a Blue Marlin.   The bite down south dried up so there are not many footballs. Tuna are on... read more

Interpreting good information both on the water and off leads to catching more fish.

Looking to catch more fish? We live in the age of instant information that is available through cell phones,... read more

It has taken a week for conditions to get back to the great bite we were experiencing prior to... read more 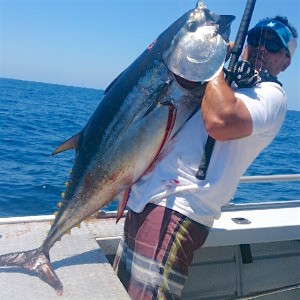 The Right Reel for the Job.

Fishing in the last ten to fifteen years has evolved by leaps and bounds from where it once was... read more 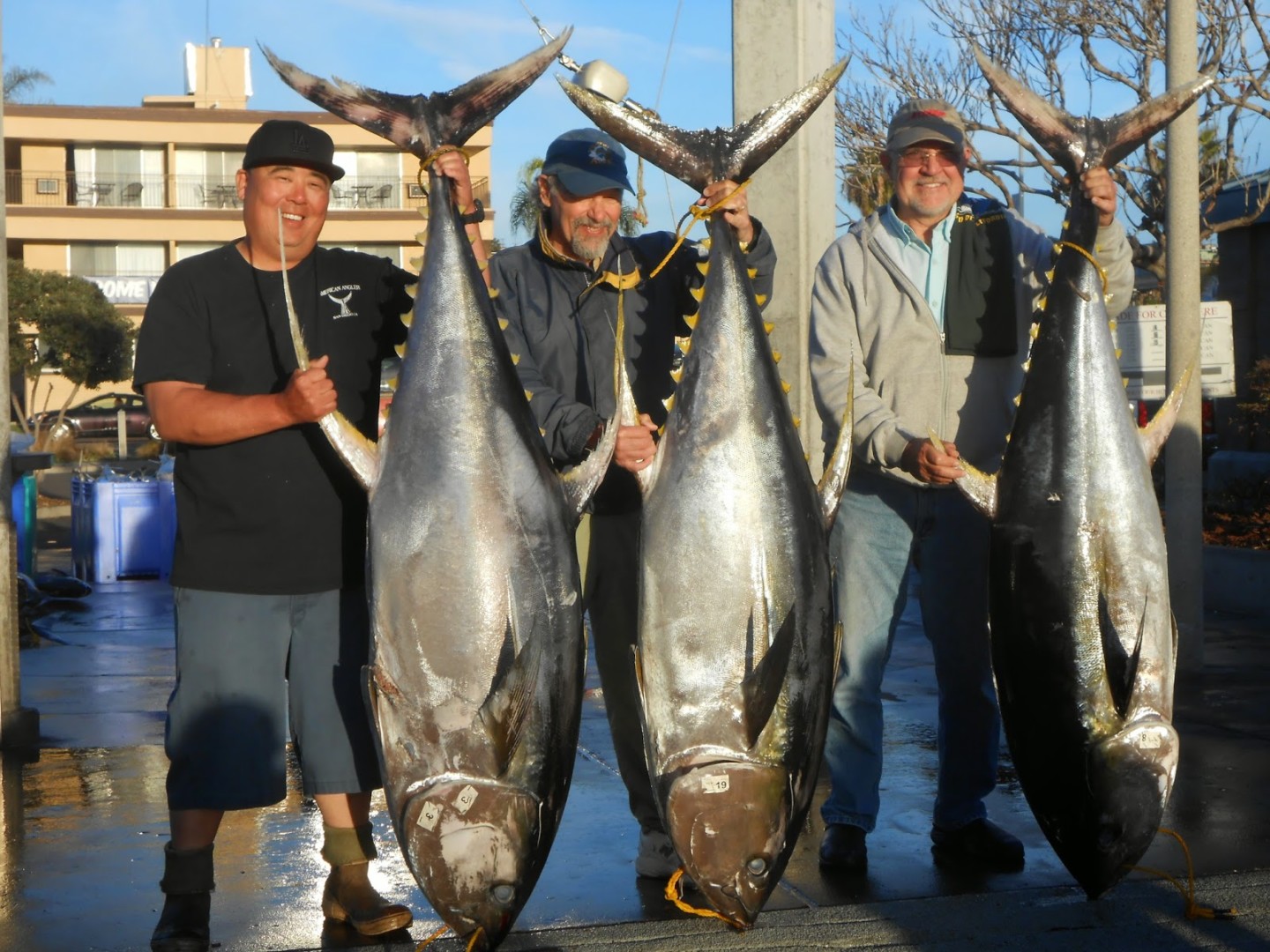 As in all the past American Anger Accurate trips, we had a great time fishing with all of our... read more

I was very fortunate to meet a great group of guys (assembled by Rick Jensen of SportfishingFinancial) for a... read more

At the drop of a hat or flip of a switch, how ever you want to put it East... read more

We had a very successful Accurate sponsored 5-day trip on the American Angler.  This turned out to be a... read more 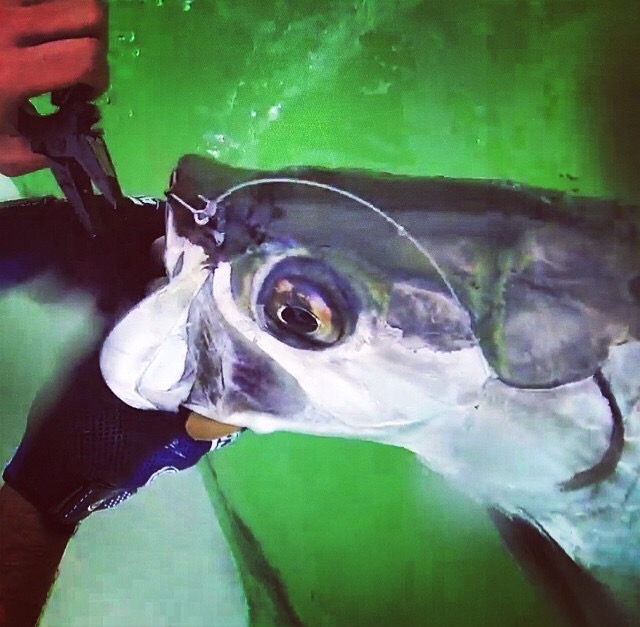 Silver King beside the boat. As grey skies and cold windy days slow down our fishing here in the Northeast,... read more